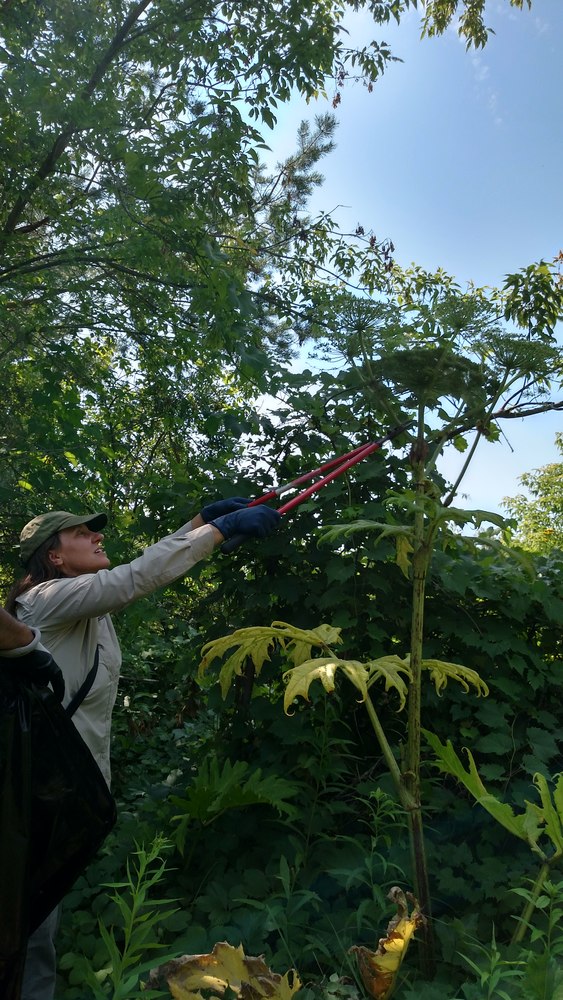 MICHIGAN, Gogebic CD – Among the invasive species the Gogebic Conservation District works to combat locally is giant hogweed. Locals had a chance to see the plant in bloom Saturday during a tour led by members of the conservation district and the Northwoods Cooperative Weed Management Area.

A group of about 12 people gathered at a location on U.S. 2 close to Curry Park and the Gogebic County Fairgrounds to see a blooming giant hogweed and some plants that are often mistaken for hogweed.

The plant can grow 6 to 12 feet in Michigan, according to information from Michigan State University-Extension, and has thick green stalks with reddish-purple blotches and white flower heads.

The plant’s sap has chemicals that can cause burns and scarring when it gets on skin that is exposed to sunlight.